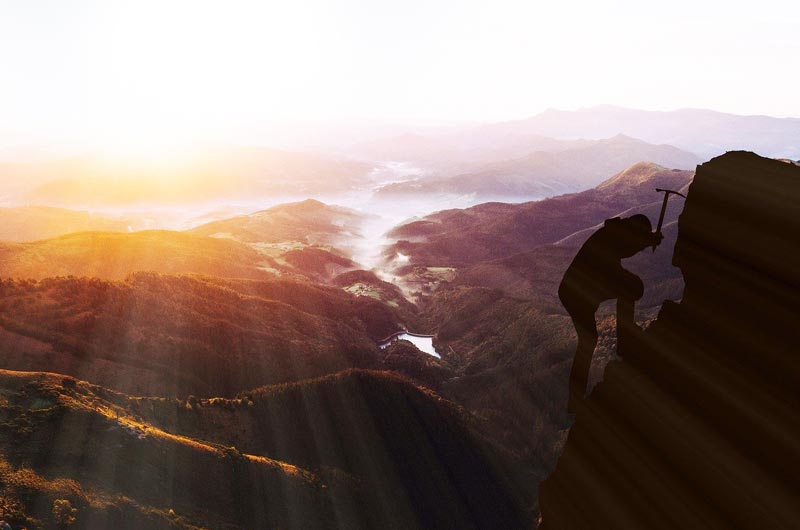 Traveling the world to rock climb is a fantastic way to see some places. That is not on the normal tourist trails, and not from the normal vantage point. There are views and adventures for every appetite, from the easily accessible to the dangerous and obscure.

But, for most solo travelers, the first problem is finding a rock climbing partner you can trust. After all, how many sports require, you to immediately place your life in the hands of another? How do you know if someone you just met is trustworthy?

The risks cannot be overstated – an accident from just a short distance off the ground can be fatal or life changing. That is not how anyone wants to spend their day.

Even to non-climbers it might appear that climbing is singularly dangerous, climbing is a very broad sport that encompasses everything from the very safe (top-roping at a gym) to the very risky (high-altitude mountaineering or free soloing). Most climbers follow certain rules that make the sport quite safe. Pushing the limits of risk should only be done with trusted partners.

For this article we are focusing mainly about the most popular types of climbing. That involve finding partners – top-roping, sport climbing, and trad climbing on removable gear. When done right, these can be, safe. But, things can go wrong in the blink of an eye.

Partners can be found on the We Solo app, or on other social media or websites. But, how do you know if you are compatible partners? How do you size up a potential partner? The easiest, part is the “where” and “when”. – Making sure you can be at the same place at the same time. But, what else should you be looking for?

Have you ever seen a sport climbing anchor fail? These are the simplest types of anchors, typically two bolts with or without chains. All the climber has to do is clip in a couple of quick draws, or possibly use slings to make a quick and secure anchor. Generally, these are considered fool-proof, but nothing really is.

I have seen one fail.

It was at a meetup group of climbers, some very newbie, and some slightly more experienced. I considered myself the latter … I had been leading for a few months. During the get-to-know you chat, one climber, I’ll call him “Greg” here, declared that he had been climbing for 15 years. He had gear and a rope and was very confident in his abilities.

As we were splitting off in groups of two or three. I stuck near Greg. Since some of the other climbers, had never even lead belayed, and I wanted to lead some stuff. We split off with a third climber, “Norm”.

Greg took the first lead up a single-pitch 5.7 climb. I noticed some oddities right away.: His quickdraw all had screw gates on the rope side (not common). And every time he clipped a bolt, he would grab the quickdraw and pull himself up. In, other words, he was aiding, not free climbing. We’ve all, pulled on quickdraws, but most people do not pull on every single one. OK, I thought, that’s weird, but whatever makes you happy. The anchor was over a bulge and out of sight.

After Greg put up the rope, Norm decided to top-rope it next. As he moved over the bulge and near the top, suddenly a quickdraw slid down the rope from the anchor. Whatever, Greg had rigged at the anchor had at least partially failed. Norm was climbing with a single point of protection, at best.

Fortunately, Norm got to the top without falling and descended safely. It turns out that Greg had rigged the anchor by chaining together two quickdraws on each bolt. The carabiner on each lower quickdraw was clipped into the carabiner on the upper quickdraw. (If you aren’t aware of how dangerous this is. I encourage you to play with two quickdraw, clipped carabiner to carabiner. One little twist and they pop apart.) All it took was a twist in the rope and one half the anchor failed totally.

Humans are bad at self-assessment

Wikipedia describes the Dunning–Kruger Effect as “a cognitive bias in which people with low ability at a task overestimate their ability.” Another way to say this is that some people do not have the ability to realize their overconfidence and do not understand their own limits and lack of skill. Even if Greg had been climbing for many years, he was not only unaware of his lack of skill, but he was confident that he was highly skilled.

If you cannot trust what someone says, how do you evaluate them?

You are meeting a stranger, possibly in a strange place. It makes sense to treat, this like a blind date, because that is exactly what it is. Meet in a public place, and make sure someone knows where you are going and with whom.

Be an Internet creep. Read everything you can about them online. Make sure you know their full name, and Google it. Look them up on Facebook, Mountainproject, 27 Crags, etc. Are they constantly looking for partners, despite staying in the same location? Possibly because, no one wants to climb with them? Are they bragging or arguing in forums? Listen to your gut.

In advance of meeting, decide what is acceptable.

By that I mean you should have a set of minimum safety considerations that you plan in advance, and stick to them. I am not going to tell you what level of risk you should accept, that’s up to you. For me, I expect that a partner knows about and is enthusiastic about doing standard quick safety checks (look at each other’s harnesses, knots, belay device, etc). Anyone who is not interested in this check or finds it silly or annoying (it takes all of 3 seconds) is disqualified.

I also make sure I state that I expect they always keep a hand on the rope when belaying. Most climbers these days use assisted braking devices and some feel it’s OK to drop their hands and let the device do all the work. I don’t agree, and if they argue with me then I am not going to be comfortable continuing.

Climbers make their own decisions about drinking alcohol or smoking weed at the crag. But, you should at least consider that when you have a new partner. You are not in a comfortable and safe environment. You are in a new environment. With a lot of unknowns, and it might be best to play it safe and keep all your senses sharp.

On a blind romantic date, you don’t make the first date a week-long trip to Vegas. You make it short, casual and have an escape route. Climbing is the same, so if you meet in person and decide that this partnership is not working, you can bail. This is easy if you are on a single-pitch sport climb. It will be more awkward if bailing means you have to have an argument on the 10th pitch, followed by hours of rappelling and a 3-hour hike home. Pick a casual crag where you can walk away. If you are planning a long multi-pitch climb, do a warm-up on something that’s just one or two pitches and make sure you are working together well.

Keep an eye out for subtle cues.

I once had a new partner, whose rope looked like a rat had been chewing on it. I could see clearly to the core. Not only did this tell me that they were careless with critical gear. But their reaction, – completely casual – drove home the point that they were not aware of what is important.

Remember the Dunning-Kruger Effect we talked about? I’m sorry, to break it to you, but this cuts both ways. If you think you are perfectly confident. And, have all the necessary skills, then maybe, just maybe, you are the overconfident one.

Maybe you are competent at your home crag, with your friends, and gear, on routes you’ve climbed a hundred times. But, maybe you are not completely well-rounded in some new situation. Something as simple as the anchors might be different. Or, you might be forced to rappel instead of lowering at the top of a climb. Perhaps it is smart to be a bit humble. To ask questions. To back off on the grades a bit. And to see if there is anything that a new crag or a new partner might teach you.

Have fun and be safe! 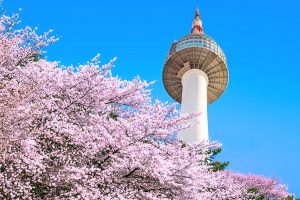 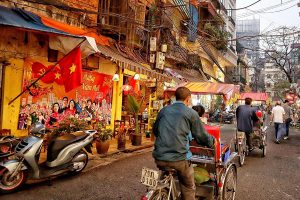 8 Things Not to Miss in Hanoi 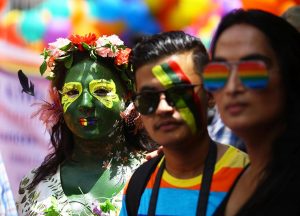 6 Most LGBTQ-Friendly Cities in Asia

8 Things Not to Miss in Hanoi

6 Most LGBTQ-Friendly Cities in Asia 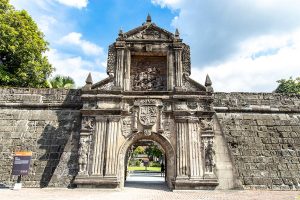 To be updated with all the latest news,
offers and special announcements.
© Copyright 2021 We Solo, LLC. All Rights Reserved.
Menu