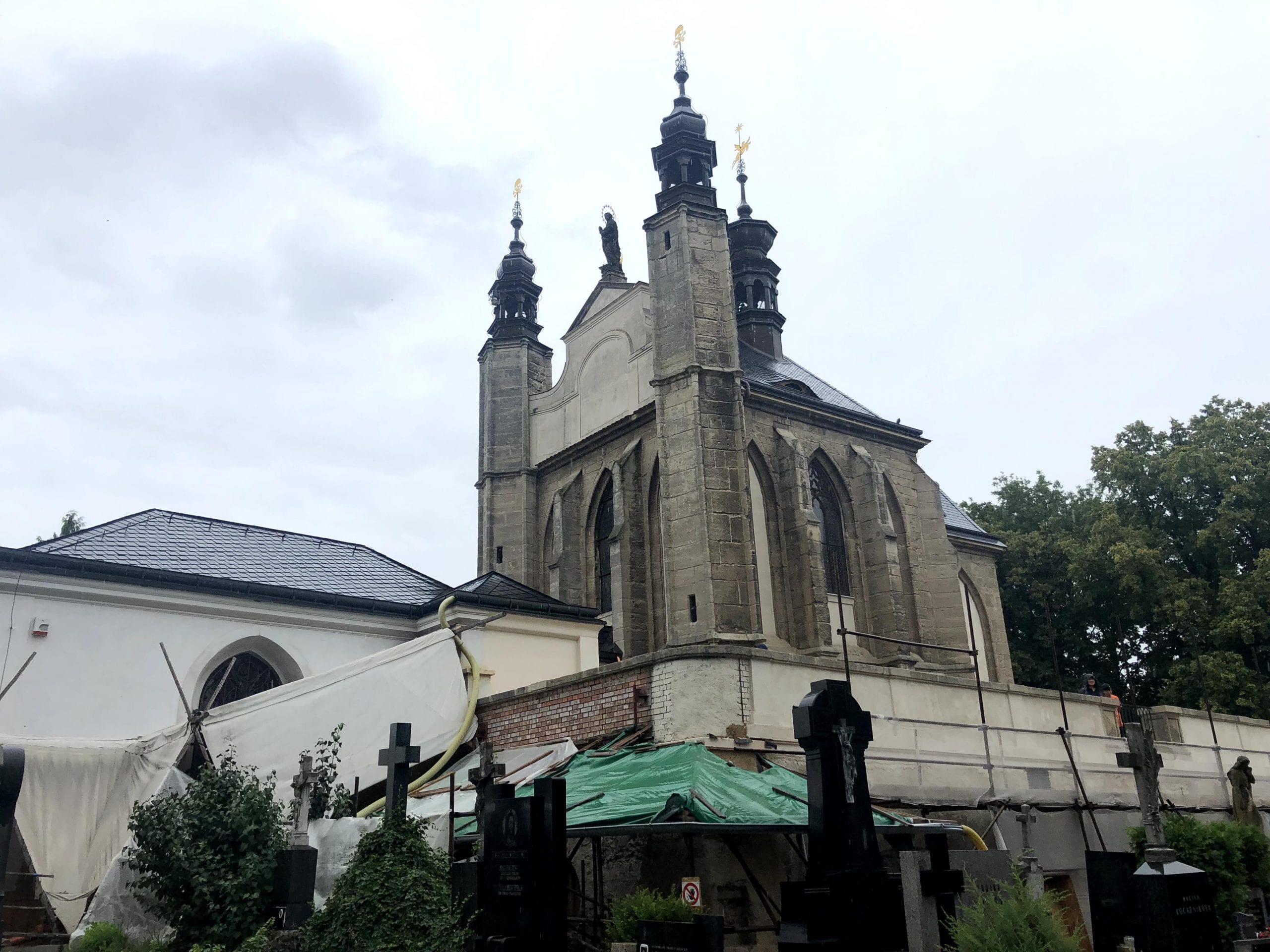 The Sedlec Ossuary, (room of bones) is the largest “bone church” in the world. And is located just outside of Prague, Czechia. (Formerly the Czech Republic). The ossuary, contains between 40,000 and 70,000 skeletons of people. And bones have been artistically arranged to form decorations and furnishings for the chapel.

According to legend, a local abbot made a pilgrimage to Jerusalem. After which he brought back a jar of soil from Golgotha—the site of Jesus’s crucifixion, around 1278. Upon his return, he scattered the soil over the monastery’s cemetery as an act of consecration. And the cemetery became a desirable place to be buried. Soon, the cemetery ran out of room for everyone to rest in peace. So in order to make room for the newly dead, the old bodies were move into a crypt. Shortly, thereafter, there was not enough room for all of the bones in the crypt.

A local woodcarver, František Rint was employed in 1870. For the dark task of artistically arranging the bones. He created the stunning chandelier and Schwarzenberg coat of arms. He also was the one that decided to bleach all of the bones in the ossuary so that they all matched and created a uniform look.

While you are visiting Prague, you can easily get to the Sedlec Ossuary by a one hour train ride! It’s easier to take the train than the bus. You can walk from the train station in Kutná Hora in about ten minutes.

Explore more at our Home page.

Travel insurance from WorldNomads.com is designed for adventurous travelers with coverage for medical, evacuation, baggage and a range of adventure sports & activities. You can buy & claim online, even after you’ve left home.

Landscapes for Days in South America

So Much More to See in Thailand We Solo, where solo travelers can connect and travel the world safely. Adventure awaits! Travel alone, together.